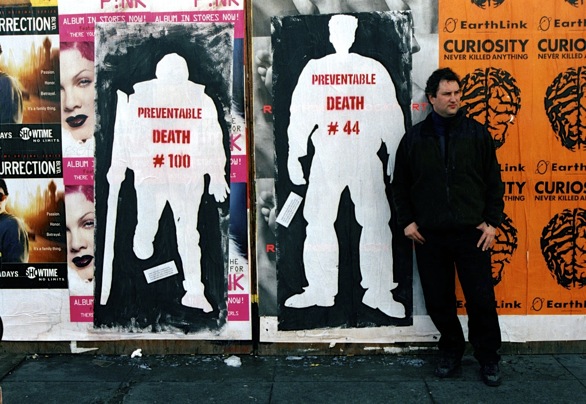 In the fall of 2000, my son Michael and I joined my regular collaborator, Malcolm McClay, in preparing a “guerrilla” art project for the streets of San Francisco.

We created 184 life sized portraits depicting the homeless people who had died on the streets that year. Each of the posters were individually numbered. In the early morning hours of Christmas Eve, a group of volunteers proceeded to paste these posters all over the city, both in the places where these homeless people had died and throughout the fashionable shopping districts.

Often we had to step over sleeping new potential victims as we carried on our campaign; a metaphor that did not go unnoticed by us.

The following day, with news buzzing about this action, we held a press conference to discuss the health care system in our country and used the publicity of our artwork to call attention to this plight. 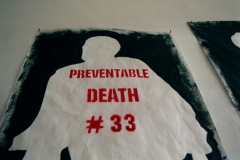 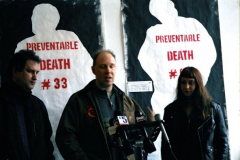 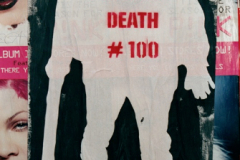 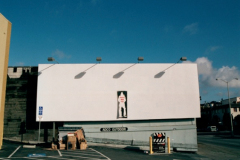 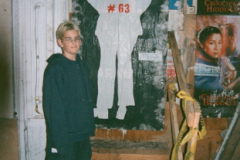 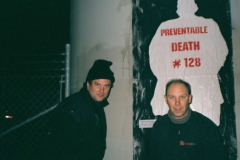