Posted by Bradford Bancroft on Jun 1, 2013 in Vignettes | 1 comment

On Being Bradford Cat

When my friends and I were young teenagers we decided to adopt the names of secret agents as our nom de plumes. There was “Dirty” Tim Barnard, “April Dancer” Ossario, Mad Max Ford and our ringleader, Rick “Bond” 00Ford. I was named Bradford Cat, from the TV series T.H.E. Cat, and the name stuck, especially after I played the part of Captain Cat in our 9th grade production of Dylan Thomas’ Under Milkwood (which shows you how progressive our drama club was–thank you great teachers. I didn’t understand the play then, nor do I get it much now 40 years later despite adoring it’s language and characters).

Nevertheless I loved being Bradford Cat and truly adopted it as my ongoing nom de plume.  I wrote under that title, I created art work as Bradford Cat and I had art shows in that name, much to the dismay of my grandfather who could not understand why I had forsaken the proud name of Bancroft to do a show as Bradford Cat in his beloved home city of San Francisco.

But that was part of the issue for me.

Coming from the somewhat influential and known family name of Bancroft (especially in San Francisco) how was I, the eldest son of the next generation, to build my own identity, separate from the Bancroft name? Honoring it, loving and respecting its history and tradition, yet, at the same time, forging a new identity that could be appreciated and seen for it’s uniqueness, not just as a continuation of heritage and privilege? I have now, in my middle age, melded the two personas of my artistic and family heritage. I am proud to have come from one to find the other.

I laugh because I have had, as my license plates over the years, for both my cars and motorcycles, the words CAT ART and CAT 84 (for the bike I bought when first coming back to California to shoot Bachelor Party in 1984). People stop and ask me about the meaning of them now.

I tell them I am a Creative Arts Therapist. CAT. I have come full circle.

“We shall not cease from exploration and the end of all our exploring will be to arrive where we started… and know the place for the first time.”
– T.S. Eliot 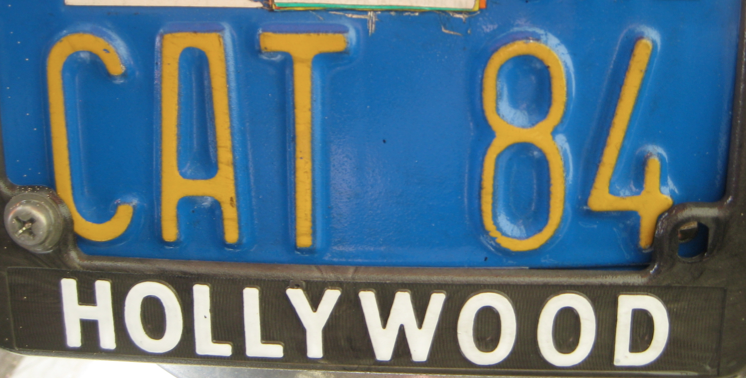