The Client as Therapist

DRAMA THERAPY IN A ONE ON ONE SESSION 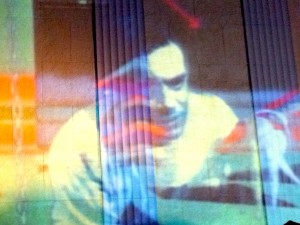 I had a sense of what was going on in him before he entered the office;   anxious, ashamed, full of doubt and self loathing. We hadn’t seen each other in awhile, but had been working a long time together before this catch up appointment. I was lying down on the couch when he came in, leaving him the option of taking the “therapist’s chair.” Without getting up, I asked him if he would close the door, I wanted to jump right into the work and I had something to get off my chest. He began to smile curiously knowing our work and sensing we were about to “play,” but also knowing our play was serious and he was still carrying an underlying unease about his own predicament despite being momentarily forced to jump out of his internal anxiety and focus on what was going on in the room.

“You guys from the summer workshop know the struggles I have had with my weight.” I began, earnestly. He settled in, listening. “I started a weight loss program, joined a gym, began juicing and got some instant results, which made me feel great, but I seem to have plateaued, and I don’t know what to do about it…”

He began to take on the role of the “knower,” the “wise one” and said, “You have to be patient.”

“Yes,” I replied, “easier said than done. You see, I am craving the bad shit. I want a hamburger so bad, I can taste it,” I laugh. “And french fries and vanilla shakes. Every time I drive by In and Out, I lose my fucking mind. The voices start in on me.’Oh you can have just one, Bradford. Go ahead. You’re doing great. You deserve it. Look, you’ve already lost 20+ pounds so far. You can afford to let go. You need the protein!”

My client is smiling now.

“What do you think you should do?” he counters.

“How come your angry? What are experiencing?”

“I’m pissed off at all the assholes that can eat whatever they want and not walk around with a Buddha Belly like me. I’m pissed that I have to work so hard for this! I don’t want to have to think about this. I hate my body.  I don’t feel like a handsome man anymore. I just want to fucking enjoy myself. Does this mean I can never have another milkshake ever again?”

“Fuck you. How come you answer every question with a question? Fucking therapists!”

He smiles broadly now. He has heard these same words before. “Because you know what to do.” He says, gently. “It seems like you are doing it and the honeymoon phase is over, and now you’re dealing with the reality of maintaining what you know. Yes?”

Now I am smiling at him.

In the course of this one brief improvisation we have transferred the negative awkward energy that walked into this space and found what needed to be explored in an inclusive play. We had moved beyond the self doubting critique of one individual’s shame.

“Your favorite word.” He says.

There is peace in the room.

My client is an addict and I knew he had slipped and fallen off the proverbial “wagon” during the last few weeks. I knew he would be walking into this room covered in slimy shame and self hate, for he well “knew” what had to be done to maintain his sobriety but he had let go. He had fallen into the hole again.

He didn’t know how to face me, and yet he knew he needed to come in to do so. To face himself, again. While he knew he could expect empathy, love and understanding in this office, he also knew damn well he was going to get some truth, and sometimes that truth hurt badly.

I knew now was not the time for wounding truth, but a back door approach was called for.

We breathed and looked at each other.

“Ready to start our work.” He smiled. “Thank you. I needed to take the onus off my shit. That was perfect.”

“I had hoped so.” I reached over and touched his arm gently, reassuringly.

“As my mother used to say,” I began, sitting up now, taking my usual equal and opposite horizontal position in the relationship, “You left here and then what happened?”

And we began the work, his work, all over again. 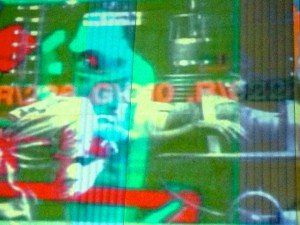 I had started to use this technique many years ago at a Mental Health Clinic I worked at that, in part, serviced the participants of a Prop 36 program. These were addicts who had been caught by law enforcement and given the chance to do an outpatient program rather than serving time in jail, but that meant putting us therapists in a prosecutorial role when the “offenders” messed up. Our clients were made up of a cross current of society. Gangbangers, privileged young Armenian drug addicts, rock and roll hopheads, dual diagnosis patients, etc. etc. and I, being one who would rather practice a form of “harm-reduction” when dealing with addiction bumped up constantly against the “one strike you’re out” mentality, and often tried to figure out new and creative ways to communicate and work on the seriousness of these folks‘ choices. Thank God I had beautiful supervisors who understood and approved of these creative techniques.

The first time I played the “reverse roles” scenario was with a young drug addict, who clearly did not give a shit about anything except getting high, and yet I knew, instinctively, that underneath his guise, he was a really smart sensitive individual who had not yet met his potential. He needed to look in the mirror and see what he was showing the world and this program, so like the play I mention above, I took his traditional chair as he entered the office and made him sit behind the “official desk.” On it was his probation report indicating that he had gotten a “dirty” test, meaning that after a mandatory piss test, he had been found positive for cocaine, marijuana, and opiates. He was clearly on his way to the pen if he didn’t make a U turn quickly.

I sat slumped in the chair mimicking the position and attitude he often took during the few sessions I had had with him. He was confused and didn’t know what to make of this. “Should I sit here?” he asked.

“It’s your chair. Is that my report?”

He started to smile, kind of getting what was going on. We did not know each other well at all, but my reputation as someone who worked outside the crayon lines preceded me, and he figured it was looney tunes time right now. “Yeah.” he replied, now glancing at his report, curious to see what it said.

“No. You sit right there while I take a look at this.” he says, now beginning to enjoy his role at the authoritator. “Let’s see what this says.”

This was great. He had been “told” this similar information before but it had dribbled off his back like unwanted hail. Now he was being given a chance to be the guy in charge.

“Cause I got caught. What the fuck kind of question is that?”

He smiles, recognizing his own attitude being played out in front of him. I continued. “I was in the wrong place at the right time. Fucking idiots I was with messed up. I don’t have a problem. They the ones with the problem. I guess I gotta pick better friends.” I smirk. We each know we are playing with both sides of this coin at face value. He appreciates the game.

“You can say that again.” He agrees. “I got some homeboys that ain’t got shit for brains but they fun as hell to hang out with… as long as the po po don’t join the party.”

I laugh at that. “Thing is, I don’t even have that much fun anymore doing some of that shit. Getting high and then just hanging out, making fools of ourselves in front of the chicks. They laugh at us, but they know we fools…” He smiles.

“I want to go back to school, but the teachers they all tired and fed up too. Just trying to make their money, and go home to their wife and kids. I get it, but, fuck man…”

“Cause then you fo’get. You easy. It’s like you’re in a dream and nothing gets to you, you know?”

“But then you wake up, you feel me? and the shit worse than when you began. You still got the same bills to be paid. Your family still fucked up and making you feel like shit, especially after you been out awhile, and besides that, depending on what you been doing, you prob’ly sick a little too. And you start thinking about where to score again…” He is telling some truth now. Looks at me as if caught.

“Thank you for that,” I tell him, looking him right in the eye. “I know. I have used every drug you have. Believe me. I know.”

He can’t believe I’ve admitted that to him. “How’d you stop…or did you?”

“Yeah, I stopped.” I looked him right in the eyes, “but I still think about using to this day. I liked getting high.” I pause, letting that sink in.  “I just like being clear and clean better. I used to think I couldn’t do anything without getting high first. That was bullshit. I needed to find something in my life that was more important than getting high with my ‘so called’ friends.”

“A lot of things. My baby. My career. My self esteem.” He is listening hard now, as he has never done before. “I was sick and tired of being sick and tired, as they say.” He is nodding his head, knowingly. I continue, “I learned a lot from doing drugs, man, no doubt, but I got it. I can use use that spiritual shit I learned and apply it to my life right now, straight and mindful, which is what I always wanted to begin with.”

“To connect.” he whispers.

“To be happy. Man, I just want to be happy, and I wasn’t happy then. Always looking over my shoulder for the cops in my rear view mirror. Always disappointing someone in my life for messing up. Stealing…from my own people….shit….” I am feeling very emotional right now and not afraid to show him. Modeling for him the act of truth telling. I know I am his mirror.

We let that moment sit.

“Thanks man” I say to him, “I appreciate you listening to me.”

He looks down at his report and shakes his head. “Am I out of luck?”

“What do they say- We make our own luck? What does that report say?”

He reads the thing carefully now seeing the consequences of his using.

He smiles. “It says ‘Your counselor must decide a recommendation for you.’”

“Well, from where I sit,” I tell him, still in the antagonist’s chair, “You are the counselor. What do you recommend?”

I smile too, knowing that is not one of the options. I remain quiet, looking at him. He grows serious.

“I want another chance.”

“What? You telling me that shit you just said wasn’t true?”

I shake my head. “I didn’t say that. I’m just telling you I can help you. This isn’t about me, now. This is about you and what you want in your life. Let’s start there. Okay?”

He nods and we begin our work, again.

There are two ways of spreading light:
to be the candle or the mirror that reflects it.
-Edith Wharton