One Child’s Technique for Dealing with Nightmares

I loved the Flipper Song when I was a little boy. I never actually knew the words to the song, but I sang it a lot in the middle of the night as protection. Most of the time it worked. 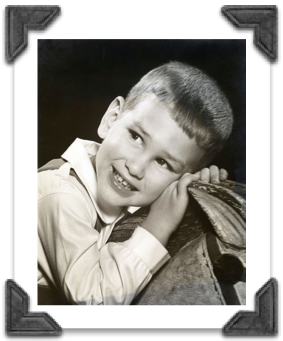 When I was about 6 or so, we lived in a part of Northern California that, around 1964, was a known habitat for Sasquatches. Bigfoot. There were sightings of the hairy monster near our town. There was actually filmed footage. There were rumors about what these creatures did to people. Were they friendly? Were they vicious? I didn’t know, but I was sure they were coming for me.

It so happened that my bedroom had a large plate glass window overlooking a hillside with a woodsy area in the distance. At that time, one could still find large portions of rural California that had not been subdivided into mini malls. Many might suggest I was lucky as a young boy to have that wilderness to play in. Yes and no.

Late at night, after my parents and siblings were asleep in their rooms, I started to hear them. The Sasquatches. If I squinted I could just make out distant figures, large lumbering bear like creatures, walking upright and thinking about me.

I was terrified, but not paralyzed. My little brain was whirling at a hundred miles an hour, as I contemplated all of the scenarios that might occur. Who could protect me against such an awesome force? It was said that they could rip a grown man apart in a matter of seconds. What power did I have as a scrawny little stripling? They said Bigfoot was cunning. Like a fox, like a tiger, it could wait until its prey was asleep in his footed jammies, asleep and vulnerable and all of a sudden, it would move like a cheetah, snatching you up out of your little bed and disappear  into the woods without mussing your sheets or making a sound. What to do about such a predicament?

I was being taught the ways of the hunter in those years. Being made to follow my father and the men folk around the hunting areas with an unloaded little shotgun so as to teach me the safety and handling of the weapon. While I had been allowed to shoot in the careful arms and supervision of my father, I certainly did not know how to shoot the gun myself, or be able to get at the weapon under its careful lock and key. So that was out.
I had to only count on myself. I don’t ever really remember talking about my predicament to the elders for fear that they would scoff and laugh at me. “Oh Brad. These things don’t exist! Be real. Use your mind!”

What did they think I was using? The same people who insisted that Santa Claus and the Easter Bunny were real were now telling me that filmed sightings of the Sasquatch was fake??

So I would think up elaborate scenarios in which I would survive this threat. Often I would go to sleep and dream of these plans. My favorite most soothing dream had to do with my ability to assimilate with these creatures. After they had stolen me and taken me to their lair, they would realize that I was the cutest boy ever, and I was much more valuable to them alive, than dead. I would be able to learn their language and translate human kind to them, helping them to survive in this awful world. For, in truth, they were frightened also, just like us. That’s why they were trying to stay hidden for all these years. They didn’t want to be found. They didn’t want to kill us. They just wanted to be left alone.

In my dream, I would either find a way to escape and get home, or live in peace with the creatures, as my favorite character, Tarzan, did with the apes. I had my fantasy of building tree houses built into this scenario, and I would teach the Bigfoots to build elaborate homes high above the wilderness.
Of course, when these scenarios failed me and the other reality set in that I was toast, I had to come up with another method for self-soothing, and that’s where Flipper came to the rescue.

 I actually never knew the real words until I was late in my forties, I think, and what a smile I had as I learned them (kind of like seeing the real lyrics on a karaoke machine to songs you had been singing incorrectly for decades). It didn’t matter. The ones I had suited me just fine. The melody protected me in a soothing coat of warmth, and I fell asleep many a night as I sang myself to peace.

Now I am a therapist often charged with taking care of other people’s nightmares. As I study the nature of trauma and try to understand the mechanisms behind how trauma works, how it affects us and what we can do to protect ourselves from its ongoing effects, I smile and wonder about that little boy in the transparent bedroom.

The wonderful author and expert on trauma, Peter A. Levine, tells us that humans and animals have three stages to our reaction to danger and it is interesting to note the differences in how each species comes out of threatening events.

As a hunter (in a previous incarnation of myself), I have witnessed the instinctual nature of an animal who senses danger. I have seen an impala’s eyes prick up, its nostril flare as it senses an outside predator approaching. All time stops as it susses out the threat. In order for the kill to go down, all movement must stop. The hunter must be downwind of the prey, still, hidden, tense, ready to pounce. And when it happens, it is thrilling to behold. You might have seen this on the Discovery Channel at some point. It is an awesome example of nature at work.

And, as Levine points out in his book, WAKING THE TIGER (Healing Trauma), when the prey knows it is done for, it goes totally limp. Physiologists call this phenomenon the “immobility response” or “freezing”. The indigenous people of Africa (and elsewhere) would say that the prey has given up its Spirit to the conquerer. This is also one of the first stages of survival as we encounter danger. 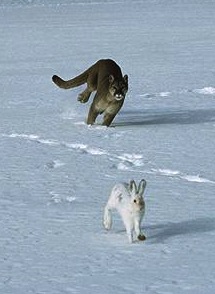 Have you ever watched a possum as you approach it. It will curl up and lay absolutely still, as if dead. One would think it is dead, and thinking so, walk away from it, giving the creature time to get up and escape. In the wild, as Levine points out, an animal, once out of danger, shakes off the tension that has organically mounted in its system, and continues to go about its day. It is phenomenal to watch.

Studies have shown that unlike most humans, animals have an innate ability to sense danger, deal with it as best they can, and then let it go as soon as the danger passes. It also must be noted that, during this “immobile” stage, we do not feel pain. It is why extraordinary feats have been performed during outrageously dangerous times. Adrenaline has kicked in and the brain has checked out.

We react to danger in one of three ways. We become “immobile”, as just illustrated, or we enter into the stage of either “fight or flight”, that moment where we instinctively get up and face the oncoming threat as best as we can, or we turn tail and run as quickly as possible. The point Levine wants us to understand is that most of us, both humans and animals tend to “freeze” and it is involuntary. This instantaneous reaction is out of our conscious control.
This freeze is where we get stuck psychologically and where the trauma lives in us.

Levine tells us that he believes “healing traumatic symptoms in humans lies in our being able to mirror the fluid adaptation of wild animals as they shake out and pass through the immobility response and become fully mobile and functional again.” 1

We humans, he tells us, have not yet figured out the dilemma of whether to “fight or fly”. It is a dilemma born out of humans being both predator and prey so often in our history. Just as my story illustrated, I was being born into a hunter’s mentality and culture while, at the same time, huddled in the supposed safety of my cave, fearing the monster outside.

Levine uses the Greek myth of Medusa to show us the metaphor of what happens to some of us when we stare death in the face. Many of us turn to stone and disintegrate. Thus begins the cycle of traumatic symptoms.

We live in a time of unsettling events unfolding all around us constantly. War, famine, killing, natural disasters, sickness, and death, not to mention the Sasquatches which are still out roaming the hills of the Pacific Northwest.

Fortunately, as Levine points out, we are “instinctual beings with the ability to feel, respond, and reflect. We possess the innate ability to heal even the most debilitating traumatic injuries.”

When the same energy that creates this trauma is properly engaged and transformed, our spirit can lift to “new heights of healing, mastery, and even wisdom.”
“Trauma resolved is a great gift, returning us to the natural world of ebb and flow, harmony, love and compassion.”

How to do that?
Sing the Flipper song.